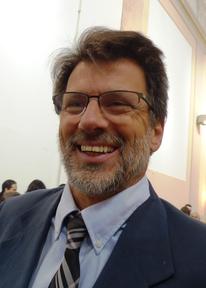 I am a behavioral and evolutionary ecologist with particular interest in plant-insect and insect-insect interactions. A goal of my work is to inform and advance the conservation of Earth’s biodiversity and humanity’s transition to sustainability. I have investigated the effect of behavior and host chemistry on parasitoid host range; monarch butterfly biology and conservation; and trophic ecology of disease vectors in food webs. In the Heimpel Lab, I am working to understand the overwintering strategy of an uninvited, adventive parasitoid wasp, Aphelinus certus, which attacks aphids including the agricultural pest soybean aphid. Understanding where, how, and in which hosts these wasps overwinter will help us predict the geography and conditions of their establishment and success, as well as management of the soybean aphid.

I am interested in agriculture as an arena for ecology experiments, and am asking whether chemical pest control affects biological control in Minnesota soybean fields; specifically, what effects do neonicotinoid seed treatments have on Aphelinus certus, a biological control agent which targets soybean aphid? I have also worked in the quarantine lab, testing the host range of potential biological control parasitoids. When not caring for insect colonies I manage the Heimpel lab, raise my children, and teach Pilates and t'ai chi ch'uan.

I am an ecologist and entomologist in training, with a focus on trophic dynamics in human-dominated ecosystems. My research examines the influence of plant diversity and latitude on insect predation in agroecosystems. Using brassicas as a model system, I work with growers in the Midwestern United States and in Central-Eastern Brazil to assess the relative contribution of insect predators to pest management. My side projects include investigating the process of resource-choice in Nephotettix cincticeps and exploring the role of sex determination and hyperparasitism in the competitive displacement of Cotesia glomerata by C. rubecula.

My research focuses on biological control of invasive plants through the agency of imported natural enemies. The goal is to use herbivores to combat noxious weeds, especially when other methods of suppression are not effective. I am currently working on the garlic mustard (Alliaria petiolata) biocontrol effort, researching two Ceutorhynchus weevils from the plant's native range in Europe. I am interested in modeling herbivore-plant interactions and potential species distribution in novel areas prior to release. I have a background in spatial modeling and a Master's of Geographic Information Science from Saint Mary's University of Minnesota.

My research focus is parasitoid wasp ecology. Currently, I am modeling the interactions between the nonnative wasp Aphelinus certus and its aphid host, Aphis glycines, using parameters I determined from lab studies looking at which aphid stage is most preferred by the parasitoid wasp. Summer 2017 I will be investigating the effect of this generalist wasp on native aphids in vulnerable prairie sites throughout the Midwest, and will be conducting field research in Minnesota soybean fields and adjacent prairie remnants. 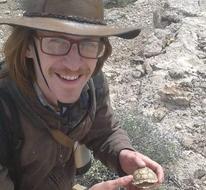 I am interested in community ecology, and my current studies focus on the community-level interactions of Galapagos Diptera. Field-rearing protocols have revealed Dipteran interactions with various substrates, including Giant Galapagos Tortoise dung. Along with augmenting knowledge of community ecology as a whole, the goal of these studies is to inform the development of laboratory cultures of endemic/native Galapagos Diptera for specificity tests of prospective biocontrol agents targeted at the invasive passerine nare-fly Philornis downsi. I am looking forward to further understanding the interplay of species, which forms the framework of ecological systems.

Visiting Students and Scholars, past and current

Collaborators, past and current